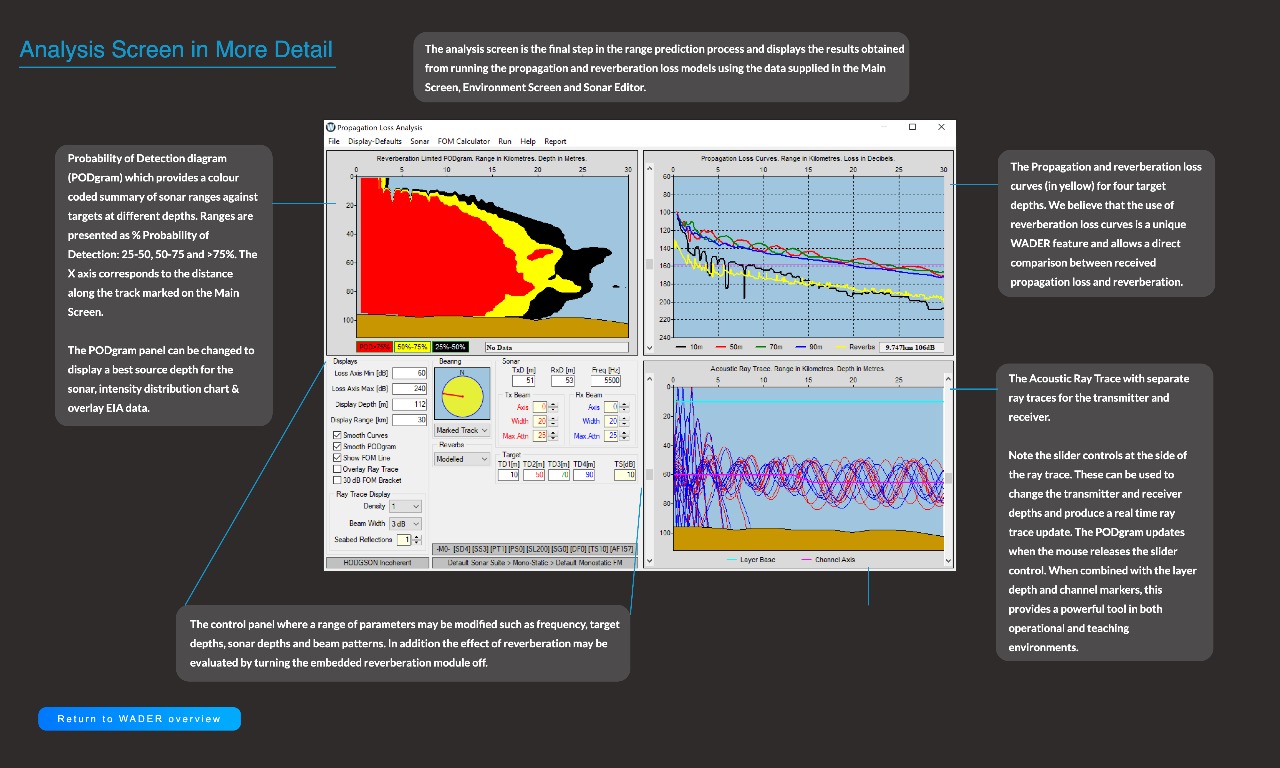 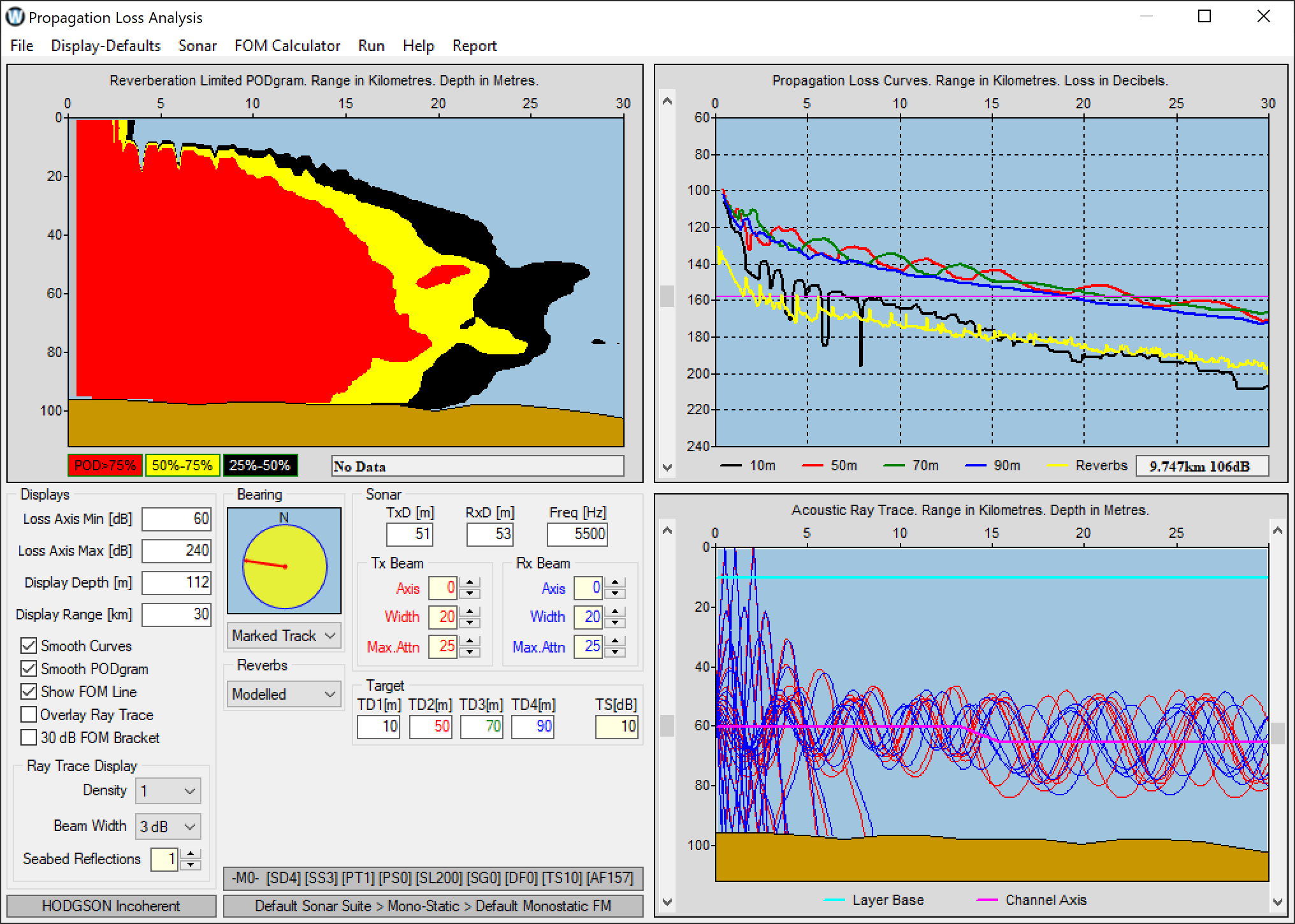 The control panel where a range of parameters may be modified such as frequency, target depths, sonar depths and beam patterns. In addition, the effect of reverberation may be evaluated by turning the embedded reverberation module off.

The Acoustic Ray Trace with separate ray traces for the transmitter and receiver.

Note the slider controls at the side of the ray trace. These can be used to change the transmitter and receiver depths independently and produce a real time ray trace update. The PODgram updates when the mouse releases the slider control. When combined with the layer depth and channel markers, this provides a powerful tool in both operational and teaching environments.

The analysis screen is the final step in the range prediction process and displays the results obtained from running the propagation and reverberation loss models using the data supplied in the Main Screen, Environment Screen and Sonar Editor.

The PODgram panel can be changed to display a best source depth for the sonar, intensity distribution chart & overlay EIA data.

A WADER brochure is available in English. This booklet contains further information about WADER features, additional screenshots and data specifications. Please email us by clicking the WADER brochure image on the right to receive a copy. 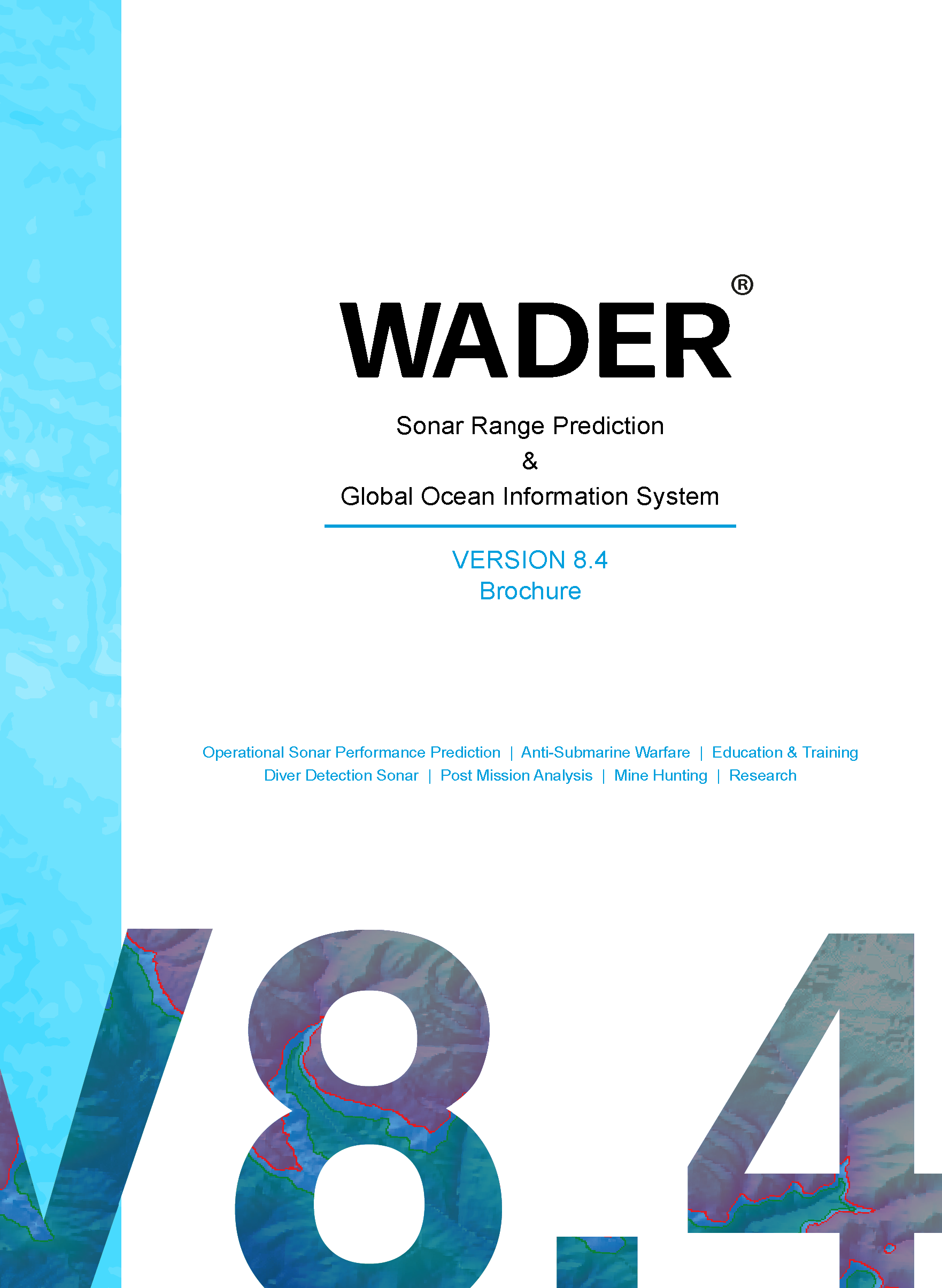